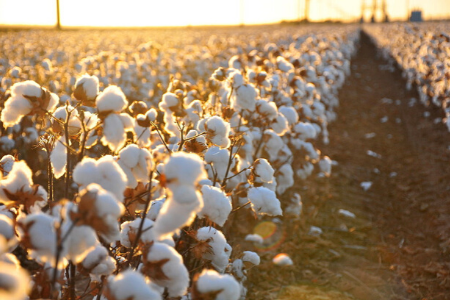 India’s state-run cotton buyer is set to procure more than 5 million bales from farmers in 2019/20, the highest in five years, as local prices come under pressure due to surplus production, the head of Cotton Corporation of India (CCI) said.

Increased buying by the CCI could keep local raw cotton prices near government-set levels and help farmers, but could limit exports from the world’s biggest producer of the fibre and support global prices.

The CCI buys cotton from farmers whenever prices fall below the minimum buying price set by the government.

It has procured 3.8 million bales from farmers so far in the 2019/20 marketing year started on Oct. 1, compared to 1.08 million bales bought in all of last year, she said.

The CCI has been buying in the regions, where private players were not actively buying, said Rani.

However, some private players have been gradually raising purchases in the last few days due to an improvement in global prices and that could moderate CCI’s purchases, she said.

Cotton exports from India have gained momentum due to a depreciation of the rupee and as prices have rallied in overseas markets, prompting Asian buyers such as China, Bangladesh and Vietnam to raise Indian purchases, dealers said.

India’s cotton production in 2019/20 is likely to jump 13.6% from a year ago to 35.5 million bales due to a bigger cultivated area and a boost to yields from above-average monsoon rains, a leading trade body has forecast.

The country’s cotton consumption is pegged around 31.5 million bales.

The CCI has been selling procured cotton via auctions but has not been receiving a good response from local textile mills, said Rani.

“The prices quoted by CCI are very high. Mills are preferring to buy from private players instead,” said a textile mill owner based at Surat in western state of Gujarat.