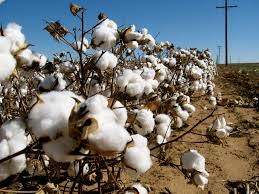 India's cotton exports to fall by 28% as Pakistan trims purchases

India's cotton exports in 2016-17 are likely to fall 28% from a year ago to 5 million bales as its top buyer Pakistan is set to halve purchases due to rising hostilities and improvement in its own production, industry and government officials said.

The lower shipments to Pakistan from the world's biggest cotton producer will help other suppliers such as Brazil, the United States and some African countries in raising exports.

Pakistan is likely to import 1 million to 1.5 million bales in the 2016-17 year that started on October 1, down sharply from 2.7 million bales a year earlier, India's Textile Commissioner Kavita Gupta told reporters on Monday.

Gupta attributed the reduction to an improvement in Pakistan's cotton production, but industry officials said exports are down due to rising tensions between the two countries.

"Pakistan still needs to import, but Pakistani buyers are turning to Brazil and the U.S.," said Pradeep Jain, a ginner based in Jalgaon in the western state of Maharashtra.

The nuclear-armed rivals have seen tensions ratchet up in the past few months over the disputed territory of Kashmir. Last month, militants that New Delhi says came from across the border attacked an army base in Uri in the state, killing 19 soldiers.

Pakistan, the world's third-largest cotton consumer, usually starts importing from September, but exporters said the number of inquiries had slowed to a trickle in the last few weeks.

In 2015-16, Pakistan surpassed Bangladesh to become India's biggest cotton buyer and accounted for 40% of exports.

India has so far in the season contracted 500,000 bales for export as demand was weak from overseas buyers, Dhiren Sheth, president of the Cotton Association of India, said.

India's cotton output in 2016-17 could rise 3.8% from a year earlier to 35.1 million bales as yields are expected to increase due to good monsoon rains, Gupta said.

"This year, area under cotton was lower but due to good monsoon rains and less impact from pests, we are estimating higher per-hectare yields," she said.