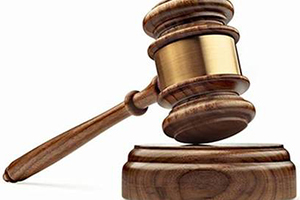 Indian government may impose anti-dumping duty on imports of nylon

The government may impose anti-dumping duty on imports of certain types of filament yarn from China, Korea, Taiwan and Thailand as the commerce ministry has started investigation into alleged dumping of the product following complaints from domestic players.

The Directorate General of Trade Remedies (DGTR), under the commerce ministry, has initiated the probe as it has found "sufficient evidence" of dumping of nylon multi-filament yarn from these countries.

"The authority hereby initiates an investigation into the alleged dumping, and consequent injury to the domestic industry... to determine the existence, degree and effect of alleged dumping," the DGTR said in a notification.

If the DGTR will establish that dumping is impacting domestic players, it would recommend imposition of a certain amount of anti-dumping duty, which if levied, would be adequate to remove the injury to the domestic industry.

The finance ministry will take final call on imposition of the duty after considering recommendations of the directorate.

Two firms, including Century Enka Ltd, have filed application for imposition of anti-dumping duty on the imports.

The period of investigation covers 2018-19. However, for the purpose of injury investigation, the period will also cover data for 2015-18 period.

Dumping occurs when a foreign company sells an imported product at an artificially low price.

Countries carry out anti-dumping probe to determine whether their domestic industries have been hurt because of a surge in cheap imports.

As a counter measure, they impose duties under multilateral regime of the World Trade Organisation.

The duty is aimed at ensuring fair trade practices and creating a level-playing field for domestic producers with regard to foreign producers and exporters.