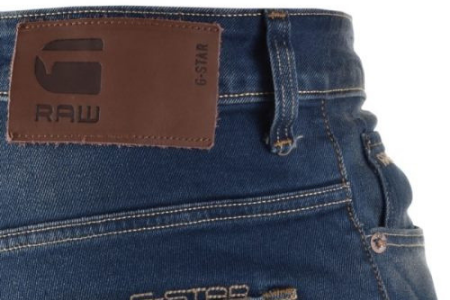 Few denim brands are true originals when it comes to design, but G-Star can count itself among the elite, thanks in part to its laser sharp focus on “denim firsts.”

The brand is widely credited with elevating raw denim into show pieces that balance denim’s heritage with fashion and streetwear. By carving out its own niche, Kingpins founder Andrew Olah said the company never seems to be chasing fashion. “They do not follow obvious trends so they really don’t compete with anyone but themselves,” he said.

Originality is in its DNA.

“G-Star has a strong brand identity in the industry, which offers a denim lifestyle that fuses high level craftsmanship and sophisticated product for the urban denim community,” said Omer Ahmed, owner and managing director of Artistic Milliners. “The exceptional creativity and the product-focused mindset keep the brand ahead of the game, specifically for offering sustainable denim solutions to the consumer.”

“I remember G-Star was the brand to shop for raw denim in the 2000s,” Moylan said. “They’ve grown so much from that and have become a purveyor of sustainability in the fashion industry, while being on-trend in terms of fits and finishes. They’ve maintained street cred amongst the major denim players and they have a cult following.”

“There is a democracy and utilitarianism to their styling,” he said. “You have a mix of vintage, military and contemporary items in every style and they are quick to make iconic denim. One only needs to look at the 3D design of their Elwood jean.”

Designed by G-Star’s original head designer, Pierre Morisset, who pioneered the 3D design to create the ergonomic style, the Elwood has become a foundational piece in the brand’s archive since launching in 1996. As the story goes, the jean was inspired by the way a passing motorcyclist’s jeans contoured to his body.

“G-Star has always been known as a leader in denim,” added Amy Wang, Advance Denim general manager. “And certainly the revolutionary Elwood was a benchmark.”

Today, the jean is recognized by five key elements: reinforced knee patches, shaping knee darts, an internal saddle patch, heel guards and slanted thigh seams. The Elwood has since gone on to become a staple in the brand’s collection and a popular canvas for collaborations and capsules, including the brand’s Three Decades of Raw collection released in September.

Inspired by the G-Star archive, the 30th anniversary collection includes reissued staples with modernized details, like leather reinforced patches on the Rackham anorak and triple-needle workwear stitching on the 5620 Elwood jeans. The collection also features sartorial pieces, like the New York Raw dress, a 1950s-inspired fit and flare dress that debuted at New York Fashion Week in 2010.

“Thanks to their innovative approach, G-Star has proved that a denim brand could be stylish and elegant at the same time, leaving this as an inspiration to present and future brands,” said Mehmet Serdar Özcan, European sales director for Calik.