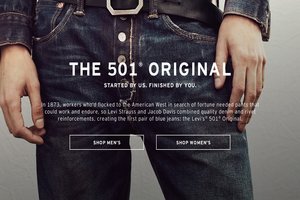 Levi Strauss & Co.â€™s products are sold in more than 110 countries worldwide through a combination of chain retailers, department stores, online sites. It also has a global footprint of approximately 3,000 brand-dedicated retail stores and shop-in-shops.

The 145-year-old, iconic denim brand is looking to raise $100 million through the IPO. (The $100 million is a placeholder amount used to calculate fees and the final size of the IPO could be different.) In November, when reports surfaced that Leviâ€™s was considering a public offering, It is reported that the company could be valued at around $5 billion when it make its debut.

The IPO is being led by Goldman Sachs & Co. and J.P. Morgan Securities, with help from BofA Merrill Lynch, Morgan Stanley & Co. and Evercore Group. Levi Strauss & Co. has filed the required paperwork for an initial public offering after spending more than three decades as a private company.

The number of shares to be offered and the price range for Leviâ€™s proposed offering have not yet been determined. The company said it plans to use the proceeds from its public offering for â€œgeneral corporate purposes,â€ including working capital, operating expenses and capital expenditures.â€ The cash could also be used to make acquisitions. The company is seeking a listing on the NYST under â€œLEVI.

Leviâ€™s first went public in 1971, but was taken private again in 1985 by descendants of the company founder. The San Francisco-based company had net income of $285 million in the year ended Nov. 25, up from $281 million in the year-ago period. Revenue totaled $5.6 billion, up from $4.9 billion.