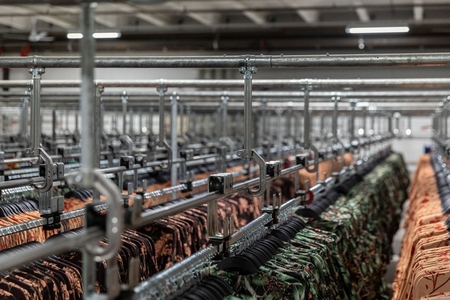 H&M enforces Looop system in an attempt to recycle garments

The fast-fashion retailer H&M aims to transform discarded clothes into new apparel in five hours. The Sweden-based retailers are giving their consumers the option to turn in used garments to transform them into one of three different clothing items, in their Stockholm stores.

This newly designed program will facilitate customers to bring in any garment they don’t want and provide it an extended life. The clothes brought in are cleaned and inserted into a machine called Looop. The machine disassembles the garment and shreds it into fibers, which is used to create new clothing.

The new recycling process is capable of handling more than one garment at a time and doesn’t use water or chemicals. However, the process may require sustainably sourced raw materials to be added in but the company hopes to decrease this share. As of now, the customers can choose to turn their old garments into a sweater, a baby blanket, or a scarf for a fee of $11 to $16. The company looks forward to expanding their range as they gain a deeper understanding of the Looop.

This system is made available in the company’s home country, Sweden. At present the system helps spread awareness about clothing waste and recycling however lacks the scale to contribute towards the widespread impact on the volume of waste generated annually.

In accordance with the Environmental Protection Agency’s website over 16.5 million tons of textile waste was generated in the united states in 2017. The recycling rate was estimated to be 15.2% which accounts for 2.6 million tons.

Jackie King, the executive director of the Secondary Materials and Recycled Textiles Association, stated that fast fashion has had an impact on the waste generated as the clothing is not well constructed or is made with synthetic materials that cannot be recycled.

H&M launched its global garment collection program in 2013 in all their stores and have set a goal of having all clothes sold in its stores be made from recycled or sustainably sourced materials by 2030. At present, the progress stands at 57% according to the company.