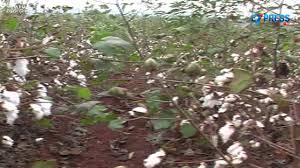 Due to heavy rainfall over the past week, crops have damaged in Telangana, Andhra Pradesh and parts of North Eastern Karnataka.

Initial estimates have pegged the crop losses on about 5 lakh hectares in these three States.

While 1.5 lakh hectares of crop was damaged in Telangana, about 1 lakh hectares of crop was damaged in Andhra Pradesh, impacting paddy, cotton, redgram and maize. Though the rains have hit almost all of the districts of Telangana, Warangal, Nizamabad, Karimnagar and Ranga Reddy districts bore the brunt of the fury. Telangana has formed nine teams to assess the extent of the damage in the State.

Chief Minister of Telangana, Mr. K Chandrasekhara Rao, however, expressed hope that there was no instance of crops being washed away by flood waters. â€œItâ€™s only water logging. Once flood water recedes, there will be no damage to crops,â€ he said, after taking stock of the situation. Though kharif crops have been hit, the government is happy because all the irrigation projects is fully of water that will come handy for the upcoming rabi season.

Excess rains over past few days in Telangana, AP and other regions have largely reduced the cumulative monsoon deficit to around 3 per cent from around 7 per cent a week ago.

The latest spell of rains is seen being beneficial to cotton in Central India even as it has suffered damage in Telangana. â€œThe rains will have a positive impact on cotton and will boost the yields,â€ said KR Kranthi, Director of the Nagpur-based Central Institute for Cotton Research (CICR). Cotton is currently in the peak flowering and boll formation stages in states such as Maharashtra, Telangana and Andhra Pradesh. â€œThough the rains may extend the crop cycle, farmers have to manage pink bollworms,â€ he added.