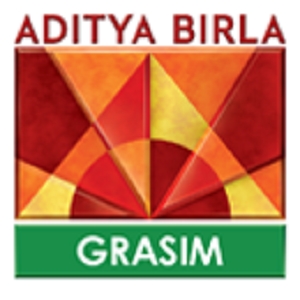 Grasimâ€™s managing director Dilip Gaur said that, â€œViscose is eating out of other fiber markets. Our domestic fiber business has grown by 22% (annually) during the March 2018 quarter,â€ adding that the bulk of the growth in the textile business is expected to come from the companyâ€™s VSF business in the future.On a consolidated basis, Grasim Industries will invest more than Rs13, 327 crore in capex into its textile and cement businesses till financial year 2021.

The company is expected to concentrate on its viscose staple fibre (VSF) business to register growth and expand its market in India.

Aditya Birla Groupâ€™s chief financial officer Sushil Agarwal said that, on a standalone basis, the total capex for Grasim Industries textile business stands at Rs6,427 crore, which is to be used by the company till financial year 2021.He also said that, â€œThe board of directors (of the company) today also approved an additional Rs1,000 crore investment into the chemical business, taking Grasim Industriesâ€™ standalone capex plan (for its textile business) to Rs7,427 crore (till FY2021),â€and â€œCement plants belonging to Jaiprakash Associates were running at 15-20% capacity when we acquired them in June last year,â€ adding that the Kumar Mangalam Birla-led company has been able to turn around the assets and run them at 75% capacity in less than a year.

Agarwal said that, â€œOn average, Indian cement plants run at 75% capacity. However, UltraTech plants run at over 85% capacity.â€ He also quoted that, â€œThe aim is to run Jaiprakash Associateâ€™s cement plant at over 85% capacity in future.â€ Grasim Industries plans to fund almost the capex from its cash flows, but it could look to raise debt if the circumstances require the company to do so. â€œGrasim Industries, having generated Rs3, 500 crore as EBITDA during FY18, has surplus cash on its balance sheet. Our balance sheet also allows us an option to raise up to Rs12, 000 crore in debt to grow, in case of a short-term mismatch,â€ Agarwal said, adding that the priority of the company would be to fund its capital expenditure from its cash flows.

Meanwhile, the merger of Idea Cellular, the telecom arm of the Aditya Birla Group, with the Indian arm of global telecom major Vodafone Plc, is expected to be completed soon. Sushil Agarwal said that, â€œThe Idea-Vodafone merger is on track and should happen soon though it is very difficult to put a date on it as the final approval is pending with the department of telecommunications,â€ adding that he is hopeful that the consumption in the country would pick up over the next couple of years.

A senior official of the group said on Wednesday that Aditya Birla Group firm Grasim Industries will invest over Rs13,000 crore in its textile and cement businesses over the next 24-36 months, as the company looks to increase capacity and modernise production.

Grasim Industries, which also includes the groupâ€™s cement business, UltraTech, will invest Rs5,900 crore on capex to modernise its existing cement plants and carry out environmental upgradation and ramp up capacity of assets it acquired from Jaiprakash Associates. Grasim Industries on Wednesday reported a consolidated net profit of Rs853.62 crore for the quarter ended March 2018. Revenue rose 47.8 % at Rs4, 605.55 crore during the same period.