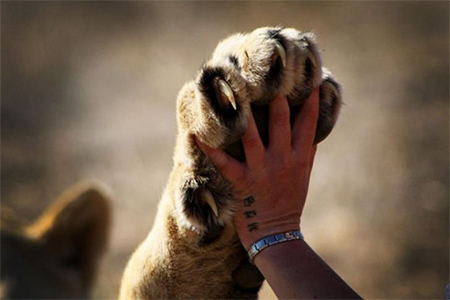 A survey conducted by British consumers has found that a large segment of people welcomes a ban on animal fur imports. Only 3% of the participants comply to wear animal products.

A campaign #FurFreeBritain led by YouGov and commissioned by HSI (Human Society International) resulted in shoppers regarding fashion’s use of animal-based products as unethical, cruel and out of trend.

Claire Bass, executive director of HSI revealed that the new poll projections show that most Britishers reject fur and would want the same to reflect in the British law that bans the sale of fur in the United Kingdom.

Investigation reports the unethical conditions of various animal farms where the animals face a series of torture and abuse in order to extract raw material from them. The files display how the coyotes are trapped in agony and subsequently shot for their fur, alligators throats hacked away to procure their skin to produce bags and coats, these cases are deeply rooted within the supply chain of the fashion industry to solely serve a few companies who continue to sell animal products.

In 2000, the UK became the first country to announce a ban for producing fur however, the country welcomed the import of these materials. The ban did not have a huge impact on animal-based products as the market still supplemented these products. The main goal of the #FurFreeBritain campaign is to influence the British government into banning these imports.

The research conducted estimates that only 3% out of 1,600 people surveyed in Britain wear animal products. This reaffirms the campaign of HSI and other organizations with similar goals like PETA that work towards eradicating animal-based products from brands and retailers.

On hearing the results of YouGov’s survey PETA has urged House of Fraser, and its owner Mike Ashley to impose a ban on fur in its apparel. After he bought the company he controversially went back on his word to enforce a long term ban on animal fur. He is yet to enforce a ban however, he was quick to take animal-based products off the shelves from Fraser stores.

PETA’s statement reads that the production of all fur irrespective of the country in which it originated or what ethical claims the brand’s label claims, involves extreme suffering and painful death to animals.

The company also urges the people to pressurize Mike Ashley to reinstate the department store’s no-fur policy immediately. PETA also states that it has become evident that the consumers are against animal-based fur and acts of cruelty.