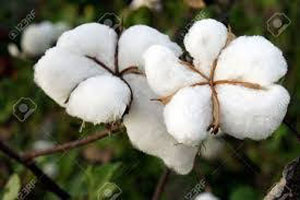 Cotton sowing delays due to late releasing of canal water

Punjab agriculture and farmer welfare department director JS Bains confirmed that late releasing of canal water had posed serious problems for department and farmers. He added, â€œWe are worried as sowing has been done in only 9,600 hectares as compared to 22,000 in previous year. Even now the canal water has not been released at full intensity in some areas in Fazilka and Muktsar, which may further delay the process. The delayed sowing is prone pest attack. The department will hold a meeting in this regard on May 4â€.

Farmer Gamdoor Singh of Muktsar said late releasing of canal water delayed cotton sowing. The dry weather will further complicate the issue. Farmer Kulwinder Singh of Khuian Sarwar in Fazilka said that, â€œNon-availability of canal water till two days ago delayed sowing. We kept on waiting for the canal water and even when it was released, the intensity was low that is posing problems in sowing.â€

â€œInitially though the plan was to release water from April 7 to 21 but it got delayed due to necessary repairs of distributaries and water was released in various distributaries on April 28 which reached tails in a day,â€ superintending engineer of Water resources department Ferozepur HS Chahal said.

The sowing is expected to pick up in the first week of May. Going by the slow pace of sowing, the Punjab agriculture and farmer welfare department has called a meeting of all chief agriculture officers of the districts on May 4 to take stock of the situation. The state has put a target of sowing into 4 lakh hectares whereas as per sources the process is likely to stay at 3.5 lakh hectares. Last year cotton was sown in 3.80 lakh hectares.

Last year the crop was sown in 22,000 hectares till April end. Only 9,600 hectares have been covered in Punjab till April 30, with only a fortnight left for sowing of cotton under ideal conditions. The delayed release of canal water is termed as the biggest reason behind late sowing.