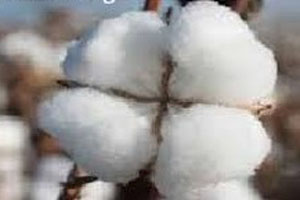 At the cotton market in the backdrop of fast dwindling stocks of quality lint amid rising demand, cotton prices scales to seasonâ€™s new peak of Rs7,800 per maund on Friday. On the other end, ginners were holding back their stocks anticipating further rise in prices due to which trading activity remained moderate.

However, a big deal of 10,300 bales from Khanpur was finalised between a ginner and spinner at seasonâ€™s high Rs7,800 per maund late in the evening. Another deal of 400 bales from Dherki was done at Rs7,700 per maund.

The Karachi Cotton Association (KCA), after a meeting with representatives of Pakistan Cotton Ginners Association (PCGA) on ThuÂ¬rÂ¬sday, to narrow down the gap between spot and the ready market rates revised its rates upwards by Rs100 to Rs7,100 per maund.

According to market sources, normally trading activities slow down ahead of year end as most of the trading houses and banks are engaged in the process of closing of accounts.