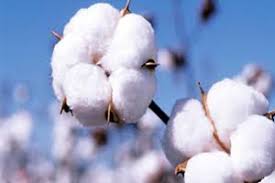 Cotton Corporation of India to obtain cotton from farmers in Rajasthan

The CCI has started arrangements for ginning and storage of cotton for the ensuing harvesting season. The central government had newly lifted the MSP on medium-staple fibre cotton by 28% to Rs 5,150 per quintal and long-staple by 26% to Rs 5,450. Traders expect that the hike would help firm up prices in India compared to the last season, when those were lower compared with the global market.

The projected cotton availability for the 2017-18 season is estimated at 416 lakh bales of 170 kgs each, as per the Cotton Association of India which includes an opening stock of 36 lakh bales. The CAI has estimated domestic consumption for for the season at 324 lakh bales. Exports are estimated to be 70 lakh bales.

The Cotton Corporation of India (CCINSE 0.00 %) will acquire the fibre directly from farmers in Rajasthan at the minimum support price (MSP) and make the payment to their accounts in the forthcoming cotton season. Rajasthan is the first cotton-growing state in the northern region to make direct transaction compulsory for procurement at MSP.

A CCI official said that over 12,000 farmers have been registered in district Shree Ganganagar so far and the process is on in the other cotton-growing districts of Hanumangarh and Bhilwara,â€.The official added that, the state government has asked the CCI to ensure direct procurement of cotton and payments to farmers from the coming cotton harvesting season.

The new cotton season begins officially in October. Much of the cotton purchased by the CCI previously came through middlemen or aggregators in the northern states of Punjab, Haryana and Rajasthan. This meant, the farmers werenâ€™t getting the government-set MSP.

Direct cotton procurement is unlikely to take-off in Punjab and Haryana where payments for bulk MSP crops paddy and wheat are circumvented through middlemen, or arthiyas. The Haryana government had to withdraw its plans for mandatory direct procurement and payments of MSP to farmers after arthiyas and commission agents opposed the move.

But, these states too are making efforts such as providing electronic markets for farmers to sell their produce directly. Amit Dhaka, secretary of the Punjab State Agricultural Marketing Board said that, â€œFarmers will get a chance to directly sell their crops through electronic National Agriculture Market (e-NAM) that will be initiated in 18 existing mandis.â€ Haryana had allowed cotton trading through e-NAM two years ago.

Hari Ram, a cotton grower based in Haryanaâ€™s Sirsa commented that, â€œThe CCI needs to initiate procurement earlier than usual to ensure prices do not decline in the open market in the beginning of the season,â€ Also, â€œTraditionally, procurement by the CCI had jumped after every hefty hike in cotton MSP,â€ a cotton trader said, indicating that this would be the case in the upcoming season as well.