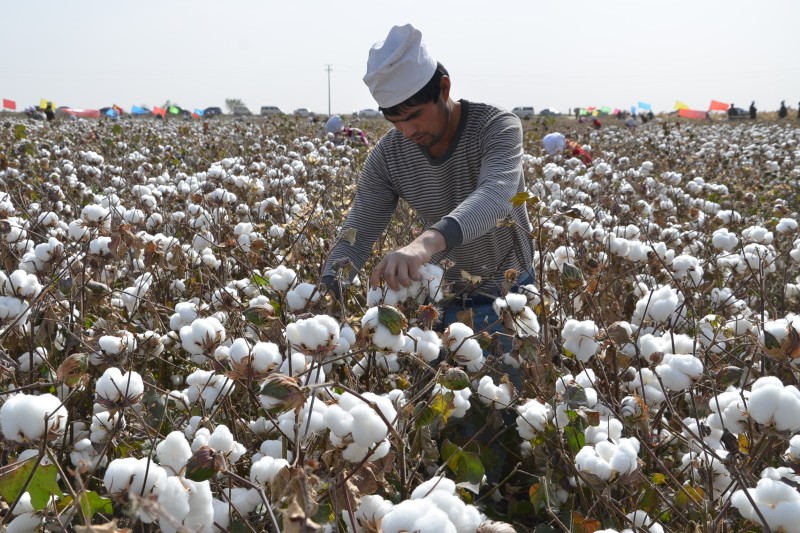 The Cotton China Sustainable Development Program was officially launched by the China Cotton Association (CCA) and other industry organizations, with the goal of creating a homegrown independent sustainable standard and certification system to counter the West's dominance, which has posed a serious threat to China's cotton industry.

The move is a watershed moment in the overhaul of the global cotton rule-making system, which is currently monopolized by the Better Cotton Initiative (BCI), a West-led industry body that has reportedly been used by anti-China forces to smear China and its policies in Northwest China's Xinjiang Uygur Autonomous Region.

Cotton licenses for Xinjiang firms were revoked by BCI some months ago, resulting in a significant drop in the region's cotton exports as a result of boycotts by numerous global fashion brands.

According to industry insiders, the new initiative would provide China, the world's largest cotton consumer market, a substantial voice in international pricing and standard-setting, as well as provide it with a tool to defend and safeguard its legitimate interests against Western political crackdowns.

The initiative has been in the works for some time before it was officially announced on Thursday at the 2021 China International Cotton Conference in Suzhou, Jiangsu Province, East China.

So far, it has completed the development of standards for cotton production management and inked contracts with 6 Chinese cotton producers. In the future, it plans to work with the textile supply chain and brands to create a sustainable cotton industrial chain that includes everything from production to textile and clothing manufacture to brand sales.

At the inauguration ceremony, CCA Chairman Gao Fang stated that the initiative will also see the CCA begin evaluation work on cotton producers and push forward the mutual acceptance of Chinese and foreign standards. In addition, a traceable system will be implemented to oversee the whole supply chain.

Vice-chairman and secretary-general of the CCA, Wang Jiandong, said they had already started working on it, but the BCI's [license suspension in April] added to the urgency and accelerated the process. All industry groups have banded together to promote Chinese cotton, allowing them to be less reliant on [other nations].

Wang stated his opinion that why is the BCI's license so influential across the world? And why does China, as the world's largest cotton consumer and the world's second-largest cotton producer, have such a limited voice in international trading practices? This circumstance should be reversed.

The program's ultimate objective is to challenge the BCI's regulations, minimize reliance on Western standards, and promote the China-developed sustainable cotton standard throughout the world, as well as raise worldwide brand recognition for China-made textiles and garments.

The BCI is the world's biggest cotton sustainability initiative. It has over 1,840 members by the end of 2019, encompassing the full global cotton supply chain.