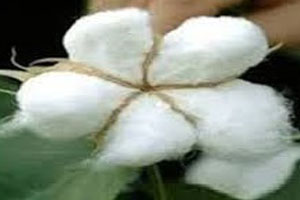 As the trade war between US and China continues, the entire world trade parameters are also fast changing. According to reports China has imposed 25 pc duty on all imports including cotton from the United States. Soon after the announcement New York cotton prices came under pressure and closed lower in the range of US 2 to 3 cents per lb. The Indian cotton market also suddenly came under pressure and closed Rs300 lower per candy (356kg).Many world leading markets came under pressure after China imposed the import duty. Some estimates suggested that many cotton contracts entered earlier were also cancelled. The Karachi Cotton Association (KCA) spot rates were also lowered by Rs100 to Rs7,300 per maund

The sudden fall in prices attracted many small spinners who readily replenished their stocks. However, big spinners took the development positively because it will allow them to import cotton from USA at cheaper rates.Falling cotton prices on 4-April-2018, influenced by sudden decline in New York cotton market after China imposed 25 per cent duty on lint imports from USA, attracted buying at lower level