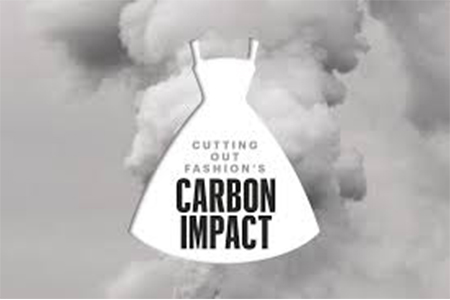 Fast fashion retailer ASOS has published its Carbon 2020 Progress Report for 2018-19, in which it reflects on efforts to mitigate carbon emissions at its sites, those associated with delivery and returns and those relating to packaging.

With exponential growth since 2015, which coincided with the launch of its Carbon strategy, the company has battled to reduce carbon emissions intensity despite volumes of CO2 increasing across its operations.

Notably, the establishment of a new fulfilment centre in Atlanta, Georgia – whilst causing a temporary spike in emissions – is part of long-term plans to serve US customers more closely, mitigating air freight and its substantial environmental impact.

ASOS has registered revenue growth of almost £1.3 billion over the past five years, and has fought to cut back its carbon emissions during this timeframe following the launch of its Carbon 2020 strategy in 2015.

Increasing energy efficiency, reducing delivery and packaging emissions and increasing the retailer’s use of renewable energy has been amongst the firm’s priorities for driving sustainable growth.

To this end, the firm has had to contend with increasing orders as its number of customers grew from 12.4 million to 20.3 million. As such, whilst emissions have largely grown at the business across the areas: inbound and inter-site deliveries, fulfilment centres, packaging, customer deliveries and customer returns, its emissions intensity has decreased, signalling some progress.

A major development in the form of a new fulfilment centre in Atlanta, USA, has affected reported emissions across the categories of inbound and inter-sites, fulfilment centres and customer deliveries.

The latter accounts for 48 per cent of total emissions, and it’s thought could stand to register huge carbon reductions in future due to ASOS’ ability to now serve customers from a dedicated hub in the states.

In the year it opened, the number of US orders fulfilled from UK sites reduced by 48 per cent, resulting in a 59 per cent reduction in associated carbon emissions per order for US customers.

“As the fulfilment centre in Atlanta continues to mature in operation, we will see this shift increase further in the 2019/20 year with emissions expected to continue to fall,” the firm believes.

With regards to packaging, ASOS’ emissions increased by 10 per cent due to 17 per cent rise in the number of mailbags and boxed required to fulfil orders. On a carbon emission intensity basis, emissions related to our cardboard boxes were unchanged, while our plastic mailbags saw a four per cent reduction in associated emissions per bag. This reduction in carbon intensity was delivered by decreasing the number of microns (bag thickness) across all bag sizes,” ASOS says.

Further reductions are expected in the coming years after the company became a signatory of the Ellen MacArthur Foundation’s New Plastic Economy Commitment. With 2025 targets, ASOS has pledged to striving for 100 per cent reusable or recyclable packaging and 100 per cent recycled content within its mailbags.

Finally, in relation to customer returns, the firm concedes that the emissions generated from returns has increased by four per cent on the previous year, due again to a greater number of orders. When put into perspective, ASOS has achieved emission reductions of 24 per cent per returned parcel.

Accepting responsibility, the company says it will look to harness technology to mitigate returns by providing the best fitting apparel first time. ASOS’ Fit Assistant – which suggests sizes based on input measurements – has been roll out on the app and website, whilst the company says it will explore technology to update this experience even more.