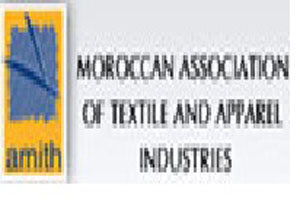 A partnership agreement has been signed between Karim Tazi, president of AMITH (the Moroccan Association for the Textile and Clothing Industries) and Michael Scherpe, President of Messe Frankfurt France to promote the Moroccan textile industry on an international scale.

The eighth largest supplier of clothing and textiles to the European Union in 2015 with exports worth EUR 2.54 thousand million, 2.3 billion of which was clothing, the clothing and textile industry is said to be a key sector for socio-economic equilibrium in Morocco.

Despite a rather sluggish European economic climate, Moroccan clothing and textiles are not merely holding their ground but have been back on track for growth for the last three years. In the first half of 2016, exports to Europe boomed by 8%.

Morocco owes these excellent results, which contrast sharply with the dismal performance of other European producers (Turkey, Tunisia), to rallying the sector, setting clear and ambitious strategic objectives with the support of government bodies to improve the competitiveness of businesses, encourage integration of clothing and textiles, attract foreign investment, upgrade the ranges of products and services, develop the domestic market and diversify export markets.

The outcome of greater cooperation between the profession and public authorities, the current textile plan is promising and bodes well for the future, with the involvement of the government agencies Maroc Export (CMPE) and Invest in Morocco (AMDI), as well as promoting the textile ecosystems, at AMITH, in order to realise national and international projects.

According to organisers, having grown to one hundred exhibitors, this edition of Apparel Sourcing Paris demonstrated a unique European offer for clothing production and accessories and was able to attract the interest of customers from as far away as USA. Praised by visitors for creating great networking opportunities, stimulating decision making and business negotiations, the show offered a diversity of services, products and skills.

"Visitors noticed the increased presence of certain countries like Hong Kong, China and Vietnam, which drew a lot of attention and were very busy, but also the return of Morocco and Tunisia, which offer short lead times that are also used by a good number of visitors,â€ commented Michael Scherpe, President of Messe Frankfurt France.

â€œProduct ranges sourced from nearby countries, something that is certain to increase in the future since I have signed a strategic agreement with Karim Tazi, president of AMITH (the Moroccan Association for the Textile and Clothing Industries) to promote the Moroccan textile industry on an international scale. It goes without saying that we will expand our search for new sources of procurement, where each new supplier brings into play their stock of techniques, expertise and original skills as that conforms to buyersâ€™ economic priorities.â€