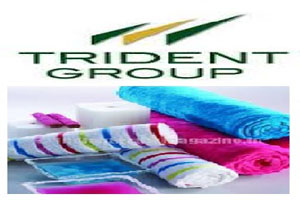 Trident Group, Ludhiana based leading manufacturer of terry towels, paper, yarn and chemicals plan to invest another Rs 2,400 crore in its existing MP facility in Budni. This new plant would make Trident the largest terry towel making company in the world.

Managing Director of Trident Group Rajendra Gupta unveil that the new unit, Terry Towel, set up by Trident Group will be worldâ€™s largest unit and has more than 300 looms in it, which will increase the yearly revenue by 1800 crore rupees.

With this expansion, the installed capacity of Trident will increase to 688 looms capable of producing 90,000 tonnes per annum (TPA) of terry towels thereby making Trident the largest manufacturer of terry towels in the world. The company has claimed it would start commercial production from its Budni plant tomorrow.

CM Shivraj Singh Chouhan after inauguration of this plant will take part in the Bhumi Pujan ceremony of composite textiles project of the company.

The inauguration of this plant will mark the completion of first phase of composite textile project undertaken by the company in Budni, the source further said. The company has invested Rs 1,191 crore in the terry towel project at Budni.2

The captive power plant will have an investment of Rs 393 crore. The company will make a total investment of 2,400 cr for its composite textile project in Budni, will engage about 25,000 families across all its business verticals, the company official said.

The company had set up its sixth Budni unit in 2009 and shortly has attained capacity of 98,496 spindles with the start of commercial production. The company had started yarn production at Budni with 50,000 spindles.

Setting up of this plant will a milestone for the state and will signify completion of the first step of ambitious Sanyukt Kapda Pariyojana.