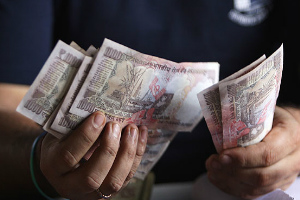 The recent devaluation of the yuan has led to a weakness in the rupee against the dollar. So far in 2015-16, the rupee has depreciated 13.9 per cent and 6.6 per cent against the euro and dollar, respectively.

The depreciating rupee has prompted textile and apparel importers abroad to renegotiate the terms of their contracts with Indian exporters. Now, new contract orders are being deferred till the Indian currency stabilises.

Typically, depreciation in the rupee results in higher realisation of export-driven products from India. As a result, global importers re-negotiate prices of the products. But most exporters are not celebrating the sharp depreciation in the value of the rupee â€” which fell to a two-year low on Monday â€” as they say that the gains from higher export realisation in the short-term get out-weighed by the problems associated with a highly volatile currency.

Overall textile exports rose a marginal 5.4% to $41.4 billion in 2014-15 as compared to $39.3 billion in the previous year. D K Nair, Secretary General, Confederation of Indian Textile Industry (CITI), believes that overseas importers who are confident about the product and quality, have started re-negotiating price and contract terms.

Indian exporters with deep pocket who can resist price re-negotiation for higher realisation may continue to resist, said Nair.