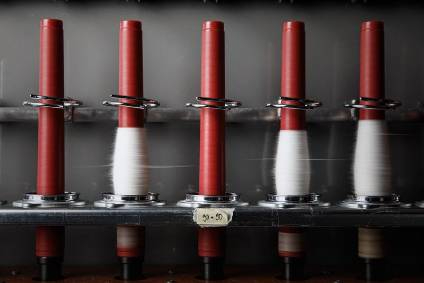 Finnish sustainable fiber producer, Spinnova, has secured a location for its in-house spinning plant, which it claims will allow for quick product development projects with various brand partners.

Construction on the new R&D spinning facility, which will be located next to Spinnova's Woodspin fiber mill in Jyväskylä, is set to begin in June and be completed in spring 2023.

The 2,000 sq m spinning facility is expected to cost over EUR4 million to develop, with Spinnova estimating that machinery and equipment investments will cost around EUR2.2 million.

Spinnova CEO Janne Poranen, said that since they began examining the prospect of developing their first commercial manufacturing in Jyväskylä, local support has been invaluable to them, and everything has worked out beautifully and quite quickly with the city. The factory is presently being built on schedule, and the spinning line project is in full swing before the ink on the agreements has dried.

An in-house, local spinning facility, according to the company, will streamline the larger-scale R&D procedures that come with Spinnova's commercial phase, as well as allow for a quick turnaround of product development projects with many brand partners. Spinnova's sustainable bio-based Spinnova fiber is spun into yarns at the spinning factory, which is employed in product development projects between Spinnova and its brand partners.

Spinnova's technology can employ FCS-certified wood or cellulosic waste streams as the raw material for its namesake fiber, and the company claims that, unlike other cellulose-based fibers, it uses no dissolving, toxic chemicals, or side streams. Furthermore, because the chemical composition of the fiber is the same as that of paper, it biodegrades swiftly and does not shed microplastics.

Poranen adds that with the spinning line, they can give their brand partners fiber, yarn, or fabric based on their needs.

The new spinning facility's technology will be provided by Rieter, a Swiss company. Spinnova worked closely with Rieter and numerous other spinning partners on yarn development throughout its pre-commercial stage, and it also has international yarn professionals on staff. Spinnova estimates the spinning facility will initially employ some ten people.