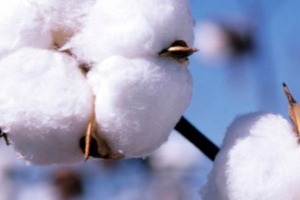 The prices of cotton in the domestic market of Pakistan have been steady since the last fortnight. The scarcity of unsold ready stock, which is just around a couple of 100,000 bales, is probably one of the biggest reasons of the stagnant prices. The ginners are a bit reluctant to sell their stocks, as new cotton crop (August 2014 to July 2015) is going to trickle in the mid of the July in Sindh and Punjab may not start harvesting before August 2014.

Despite the fact that the lint prices have displayed a firm posture, mills are not very keen to buy cotton, as the current prices are low, while the whole business remains tight for some time. Even though Chinese cotton buyers are ready to offer lower prices, it is not going to be fruitful for domestic spinners.

Total cotton production from the current season in Pakistan is expected to be around 13.6 million bales, whereas the projected mill consumption varies from 14.5 to 15 million bales. As a result, domestic mills will be required to import around 2 million bales for the current season to compensate for the same. However, gas and power shortages continue to put damper on textile and other allied industries. This, in turn, leads to unemployment and imposes the threat on export earnings.

Media reports have shown that textile exports have declined by 14 percent for the month of April as compared to the previous year (April 2013). The current cotton prices in Pakistan textile market range from Rs. 5600 to Rs. 6800 per maund (37.32 kgs), whereas in the steady and stable market of Punjab, it ranges from Rs. 6400 to Rs. 7000 per maund.